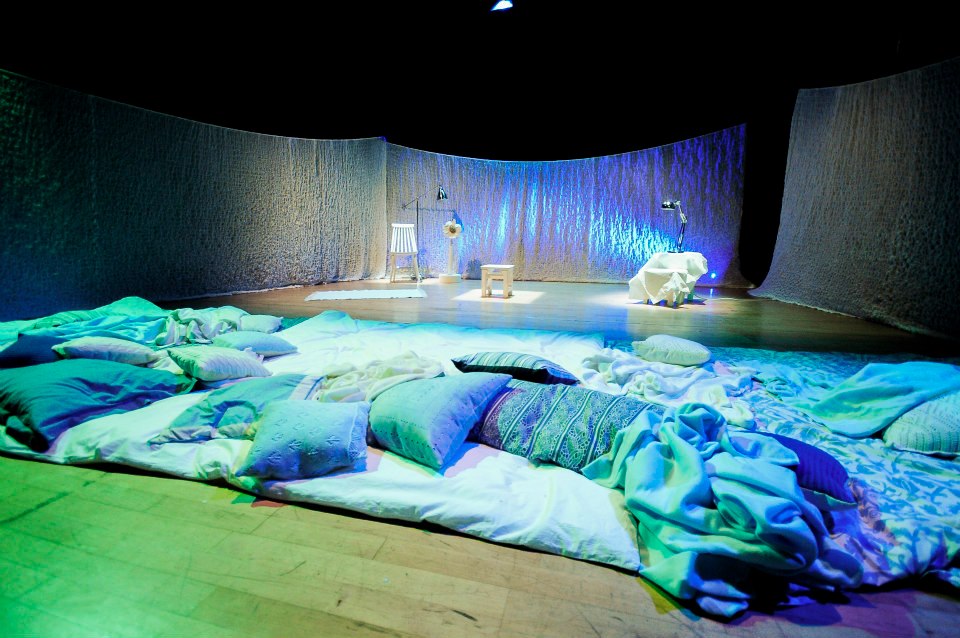 Out of the Blue

When I was asked to light Out of the Blue, I knew it would be a challenge making a show for babies aged between 6 months and 18 months, not look cold and uninviting.

My instinct was that the colour palette had to be blue, so I searched for blues that would not be too cold. I use a couple of turquoise gels in the show, which warms the whole thing up. I also use some strawey/amber light from the front which also helps to make it cosy and inviting.

My original concept was for the preset to be very blue and the character would emerge “out of the blue”. This did not quite work in the way that I had first thought, but it does to a certain extent. The preset is indeed blue on stage, but gets bluer as the show progresses.