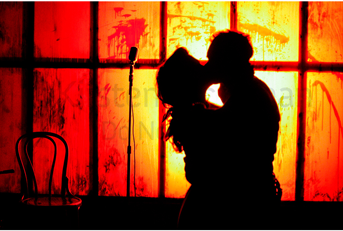 “Location and atmosphere (and there is plenty of it) communicate through acid lighting (Jane Lalljee) and searing sound (Dan Lawrence).”

” the lighting created the right mood as required showing that yet again that sometimes less is actually more.”

“The lighting and set design suited the show in the sense that it aided in the creation of the atmosphere, with the shadow-effect backdrop, reminiscent of the style of Britain’s Got Talent 2013 winners ‘Attraction’, being an effective addition. “